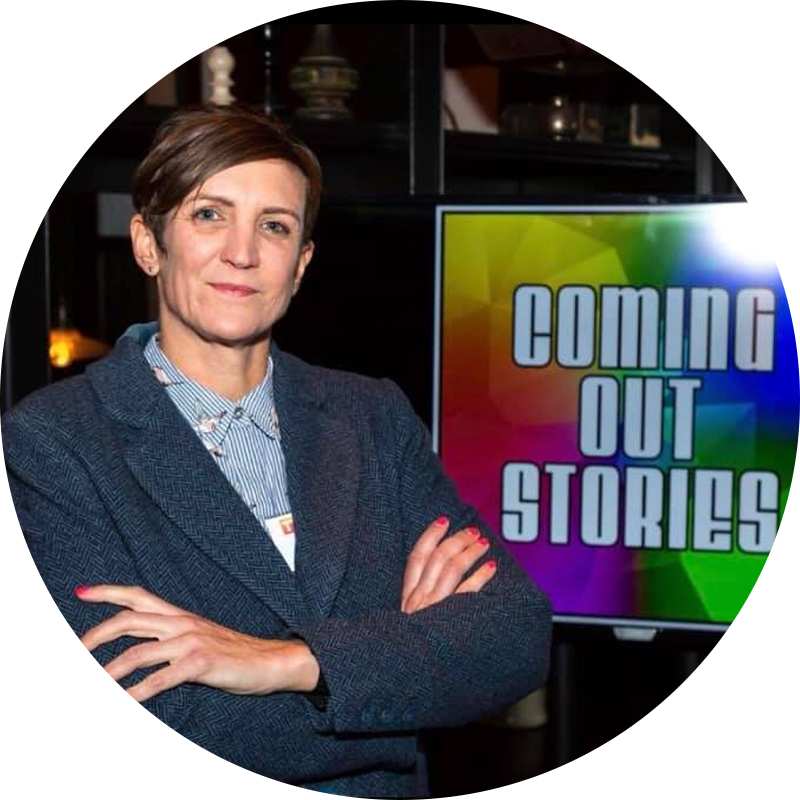 Emma keeps herself busy with 3 jobs – She’s the host of ‘Coming Out Stories’ Podcast, co-presents Gaydio’s Drivetime show and presents The ‘Dead Good Show’ on BBC Radio Manchester every Wednesday.
She began her career by being awarded ‘Young broadcast journalist of the year’ by the broadcast Journalism training council in 2002.
She first began working as a journalist at Dee 106.3 and Imagine Fm before moving to the BBC where she worked for 5 years as a news reader, producer, reporter and presenter.
Between 2009 and 2012 she worked at Hmp Styal for the Prison Radio association and set up the first radio station inside a women’s prison in the UK.
Emma co-presented the breakfast show on Gaydio- the worlds biggest LGBT radio station for 5 years between 2013 and 2018. As well as her broadcasting work she manages outreach projects teaching radio skills to groups across Manchester.
She is also passionate about LGBT rights and volunteers for the Albert Kennedy Trust.
She lives in Didsbury with several cacti and in 2019 grew her first tomatoes!