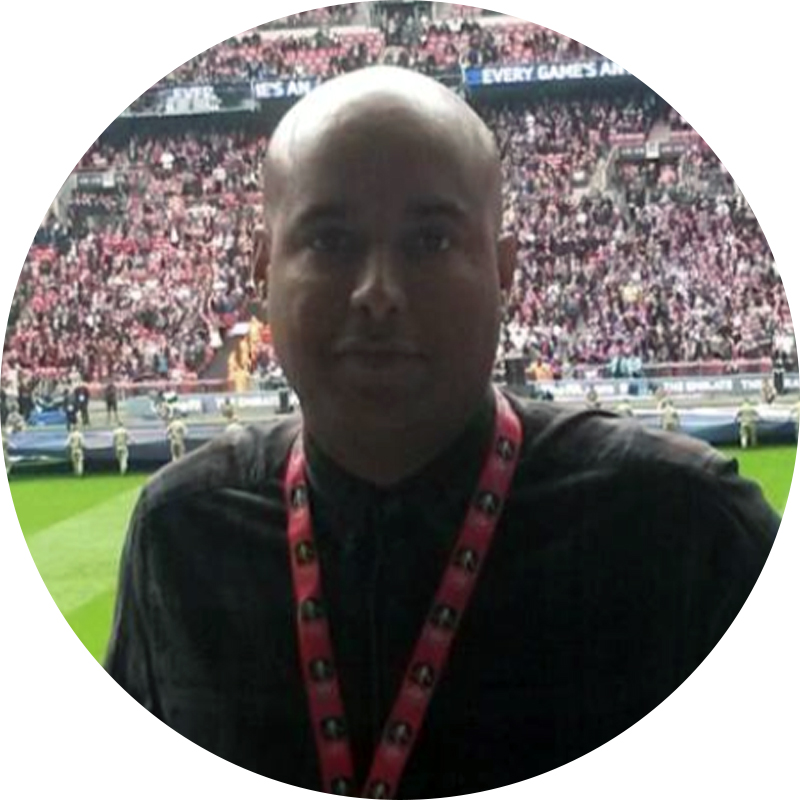 Jay started podcasting over ten years ago with fellow United fans. Jay went to the games as part of the RedMancunian Podcast, just as a hobby at first. His day job was as a news reporter for local radio. A few years later Jay became involved with the Full Time Devils YouTube channel as a contributor, mainly due to a United blog he ran called RedFlagFlyingHigh.

In March 2019 Jay took over as content producer and decided to bring back the podcast, not as a phone-in which it had been previously, but as four fans just sat around chatting about United, football and anything else that pops into their heads! Since then the podcast has grown, one week it even made it to the number two spot in the iTunes UK Sport Podcast charts, with only the That Peter Crouch Podcast keeping Full Time Devils off the top spot!